Text 10 (August 11th) – Describe the most unexpected and enjoyable moment you have had since the world changed.  Turn the colour up.  Focus in on the tiniest details.  Relive it through your writing.

Dancing in the rain 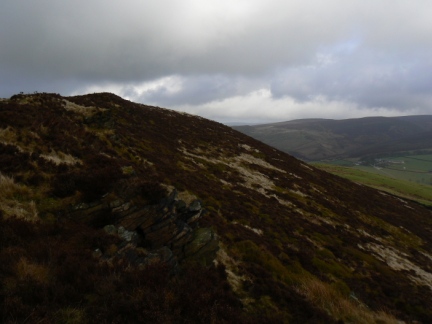 She finds it hard to get up most mornings.  Since the university slammed its doors shut the scaffolding of life has gone and one day bleeds into another.  Each moment lasts an age each day blinks past in a grey blur.  She doesn’t get up very early.  What’s the point?   Zoom lectures can be done in pyjamas or watched on catch up.  She does get up though – jeans being a mark of not depressed.   Minutes crawl while days fly.  Now even the Zoom has ended.  Whilst Lockdown has officially been lifted, its hard to break the habit of months.  She sleeps at least 10 hours a night.

It was hot.  She saw a shrew, a weasel and an escaped puppy on her daily constitutional.  Thistles filled the air with the scent of honey and languorous blooms in all shapes and sizes drooped with exhaustion along the lanes where she walked.  Happy.  Back home and sticky, gnat biting, humid air wrapped the family in a cashmere embrace while day bled into night.  Far too good to waste.  So, a bottle of Prosecco was cracked open and devoured in minutes by Mum, Dad, brother and sister.  Dinner in the garden, and just enough wind to blow away the biting things.  Spotify playing summer tunes all night.  More beer, more wine, half a bottle of Avon’s bug repelling skin softener appeared and disappeared.  And still they lingered on watching the bats swooping elatedly around their heads (bats eat bugs).

At midnight the storm broke, not overhead, but away to the west.  They stood and watched the lightening giving a virtuoso performance, a stuttering strobe beyond the hills.  No thunder at first, just an uneven pulse flashing orange and yellow.

But then it came closer.  Thunder.  A God’s spear of lightning, over Lantern Pike.  Nearer and nearer it came, louder and brighter.  Rain, huge drops at first, then a monsoon fell over the house.  It was still warm.  How could she not dance?  They danced, drenched, whooping with glee – till the storm receded and she retreated back to bed.

Every month I reckon my Mum is the first person to access the NS&I app to see whether she’s won.  I’ll wake up to a text message; “Nothing for us this month.” “£25 for Dad this month.”

Knowing that Mum is excited by winning and that she won’t rest until she knows whether or not I’ve won, I open the app.  “Reveal Results” is the message on the screen with a warning to check that no one is looking over your shoulder before you do so!  Next screen; a red balloon floats up the screen accompanied by streamers and cheering; “Congratulations. You have won one prize this month.”

Heart races a little faster, but £25 isn’t going to change my life; can’t spend it on anything at the moment anyway.

Still not going to change my life, but definitely better than a poke in the eye.  Phone Mum: “When will you get it?” She’s excited, she’s happy for me, she wants to know what I’m going to spend it on.

I hadn’t a clue.  I was still drinking my Monday morning cup of tea.  We’d not been out for nearly two months.  My world was beginning to feel quite small, so spending a £5k windfall on a trip seems distant, if not beyond the horizon. 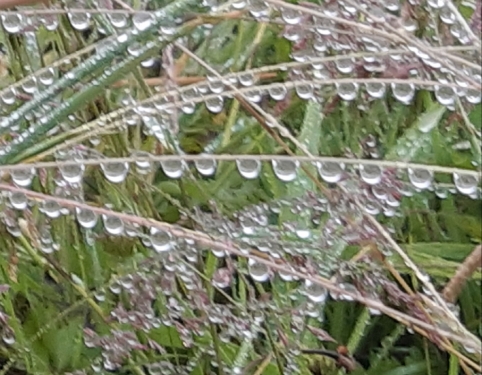 To Stop and Stare

It was a delicate arch at my feet,

Slender and bowed after the earlier rain.

Each drop hung in sequence

The early morning sun glittered through every drop

The Thrill of it All

While in lockdown I have spent more time with my wife and daughter than usual.

During that time we have played board games and talked about things we don’t usually talk about.  It’s like getting to know them all over again and I have been surprised by my daughters maturity.  My wife holds opinions I never knew about, about many things past and present.  The isolation has given us time to reacquaint ourselves with each other.  I now look at the two people with whom I share a house through fresh eyes.

This happened on the first occasion that people could meet up, with another family, to form a ‘bubble’.  To understand the background of this tale, you need to know that during the lockdown restrictions, my husband Kevin had renovated the hallway in our home.  He had replaced the woodworm riddled, 70 year old floorboards replacing them with lovely new, stained, polished and buffed-up boards.  This leads on to the unexpected and enjoyable moment we experienced that happened as follows:

Our youngest granddaughter Georgia, is not quite 3 years old and although we had visited our eldest sons’ house and stood, socially distanced in the garden, for a quick chat, Georgia had not been able to hug us at all.  It was one of the hardest things we experienced during lockdown, not being able to make her understand why, when she could see us there, she wasn’t allowed to actually cuddle up with us.  So, as we heard their car pull up outside our house and the doors slamming shut, we opened our front door, to hear our darling little granddaughter shouting ‘Granma, Grandad’ as she ran quickly down the front drive.

We opened the door, to its fullest extent and she literally bounced into the doorway, arms aloft, not really taking much notice of where her feet were going.  Well, as soon as one of her feet touched the rug, placed just inside the front door, that was it… whoopps – the carpet slid along the hall, with Georgia doing a fair imitation of an arabesque ballet pose, trying to keep her balance and she ended up a few feet along the hall, at Grandads feet, smack on her bottom, in a fit of giggles!  Talk about making an entrance, she doesn’t do things by halves!

As we chatted and shared a cup of tea later, one or other of us would suddenly start giggling again, at the memory of Georgia’s gymnastic antics but that was not the end of the matter.  Because of the way that our house is built, it is possible to continuously circulate around the ground floor which our dog, Hope, loves doing.  Georgia being naturally inquisitive, followed the dog through all the rooms.  I bet that you can guess the consequences.  She followed Hope, at a trot through the hall, onto the carpet which unsurprisingly slid along the hall again, with Georgia giving a repeat performance of her earlier antics.  We couldn’t stop laughing this time, which made her all the more determined to keep on doing the same thing, so that she could laugh along with us.

What this simple, hilarious event meant to us all, was immeasurable, considering that we hadn’t been able to mix with anyone but immediate family, for weeks prior to this occasion.  It brought home to us, the simple pleasures of just being together and just how therapeutic a good deep laughing session could be.  We also realised just how much our granddaughter had grown up, both physically and emotionally, during our time apart.  Previously, she would have gotten upset if she felt people laughing at her and had a tantrum but this simple situation showed us that she had matured enough to appreciate the humour in a situation, that she had a part in!  Unfortunately, it also made us think of those poor families, who had lost a loved one through the Covid pandemic and appreciate the real value of just spending quality time, with your nearest and dearest.